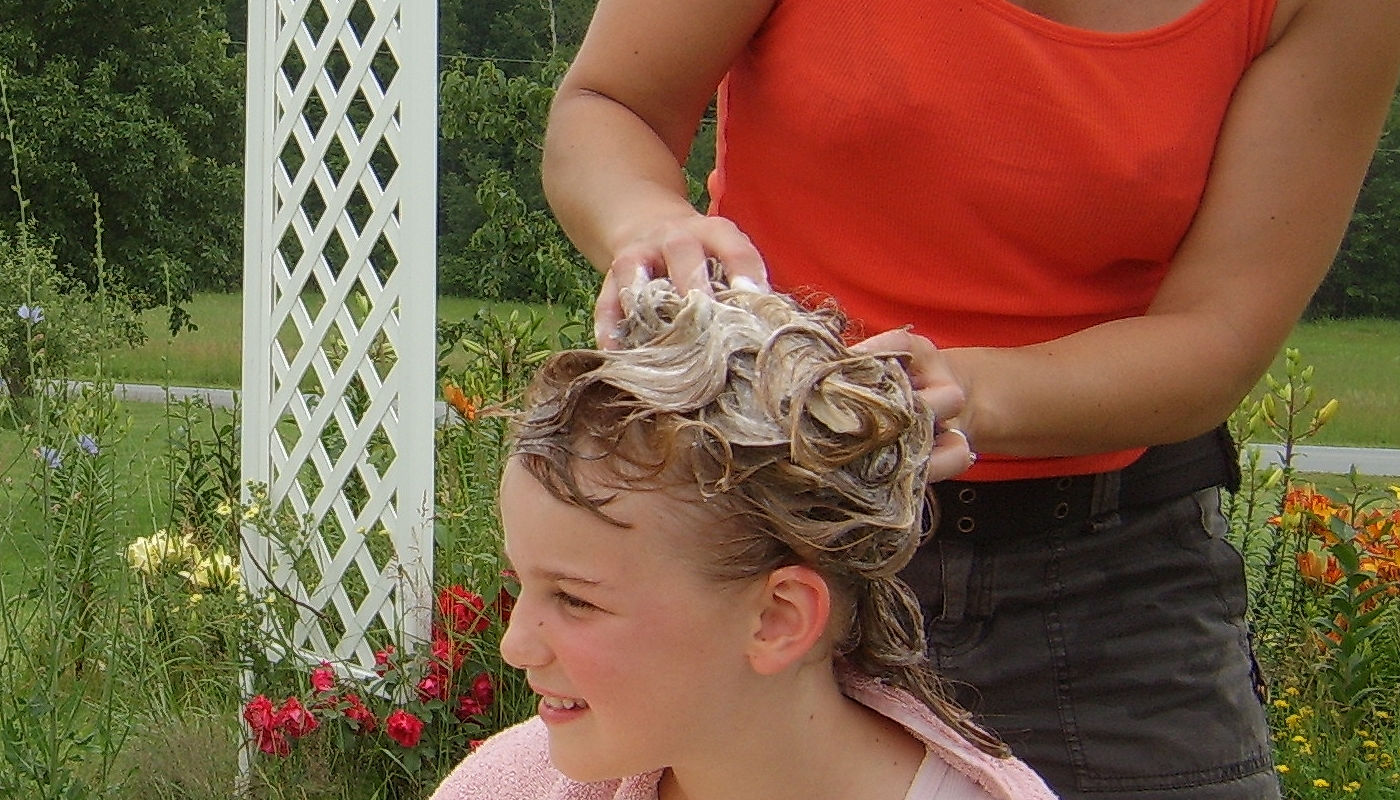 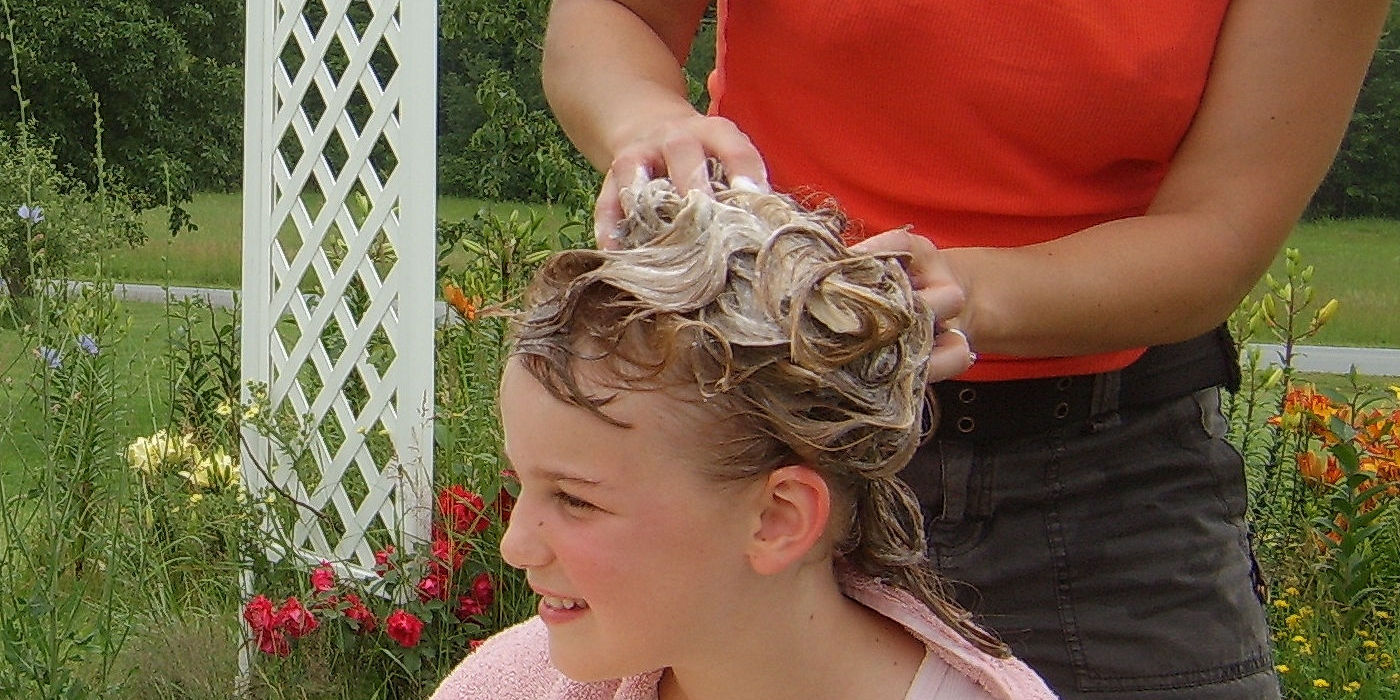 The Improbable Story of Schooltime®

From Flowers to Dogs to Head Lice in Schools

The Improbable Story of Schooltime®

From Flowers to Dogs to Head Lice in Schools

BioSafe Technologies, Inc was incorporated in 2000 to further develop, clinically test and create a distribution of nontoxic pesticide formulations for eliminating parasites and other blood sucking insects such as mites and lice affecting humans and animals. The active ingredients of the ‘ultimate’ formula used in its Schooltime® Products line was discovered by the company founder, Lynn James-Meyer, during field testing in Brazil in the early 1990s when she traveled to this area to participate on a separate humanitarian project. Later she brought these formulations to the US for further safety and efficiency testing and applied for worldwide patents. The formulas function as “cleansers” and more importantly do not contain any poisonous insecticides. 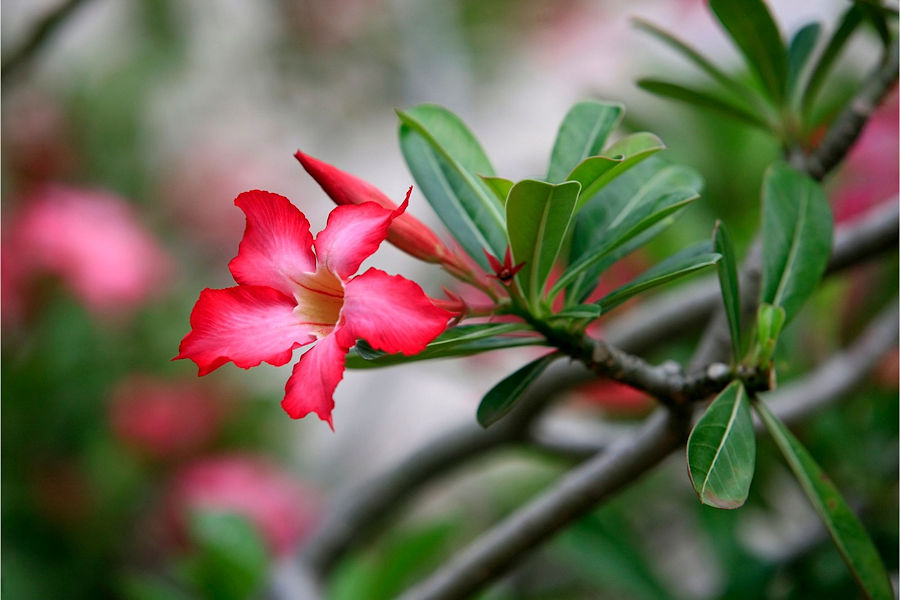 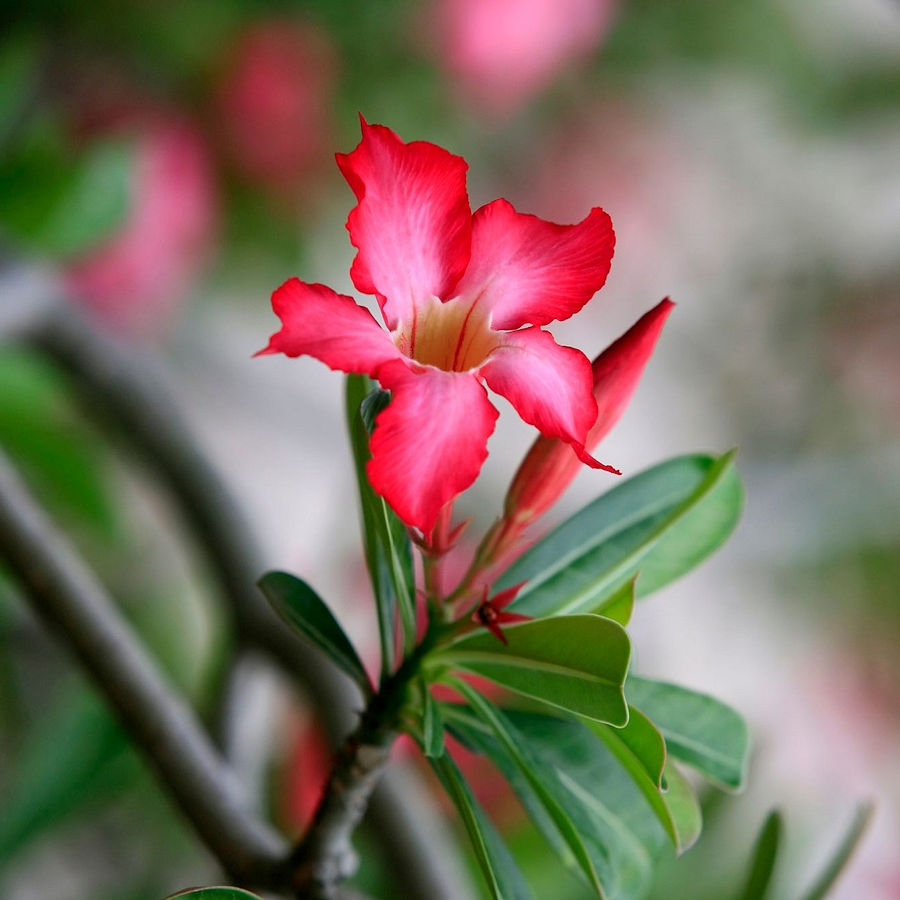 “I participated with a group seeking a formula that would protect beautiful tropical flowers from insect infestations so that they could be imported to the U.S. While working on this project we found ourselves (and the Brazilians around us) greatly affected by mosquitoes. Likewise, we observed animals (such as dogs) being tormented by fleas, mites, and ticks, as well as having terrible cases of mange. More disturbing, there were reports of farmers dying every day from spraying poisonous pesticides on agricultural crops.

While the non-toxic formula we developed successfully eliminated the pests infesting the plants, we discovered that it also resulted in leaves being so sensitive that they burned in the sun. Before continuing our work to eliminate the undesirable side-effect on the leaves, we decided to make a detour and redirect our efforts toward testing the formulation against insects on humans and animals. We knew we had an effective and non toxic formula that would eliminate the pests, now we needed to learn more about its applications for humans and animals. 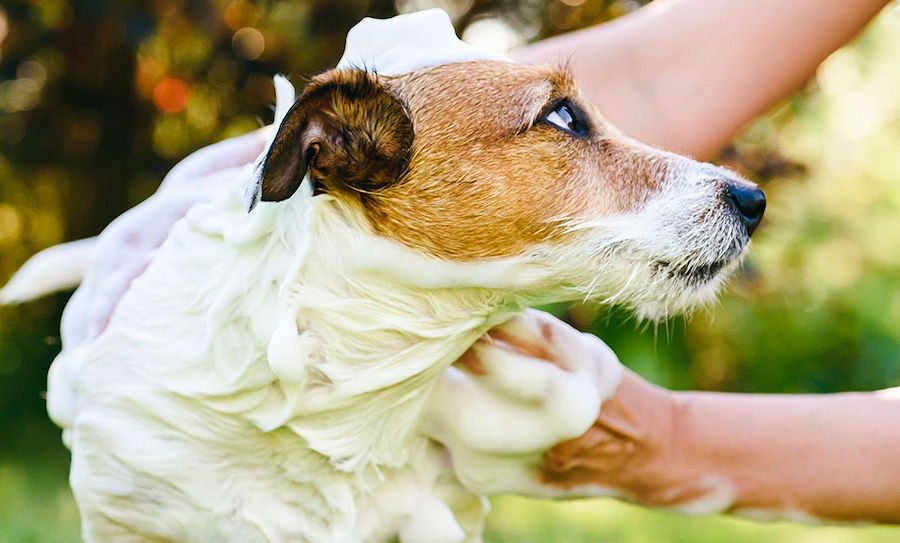 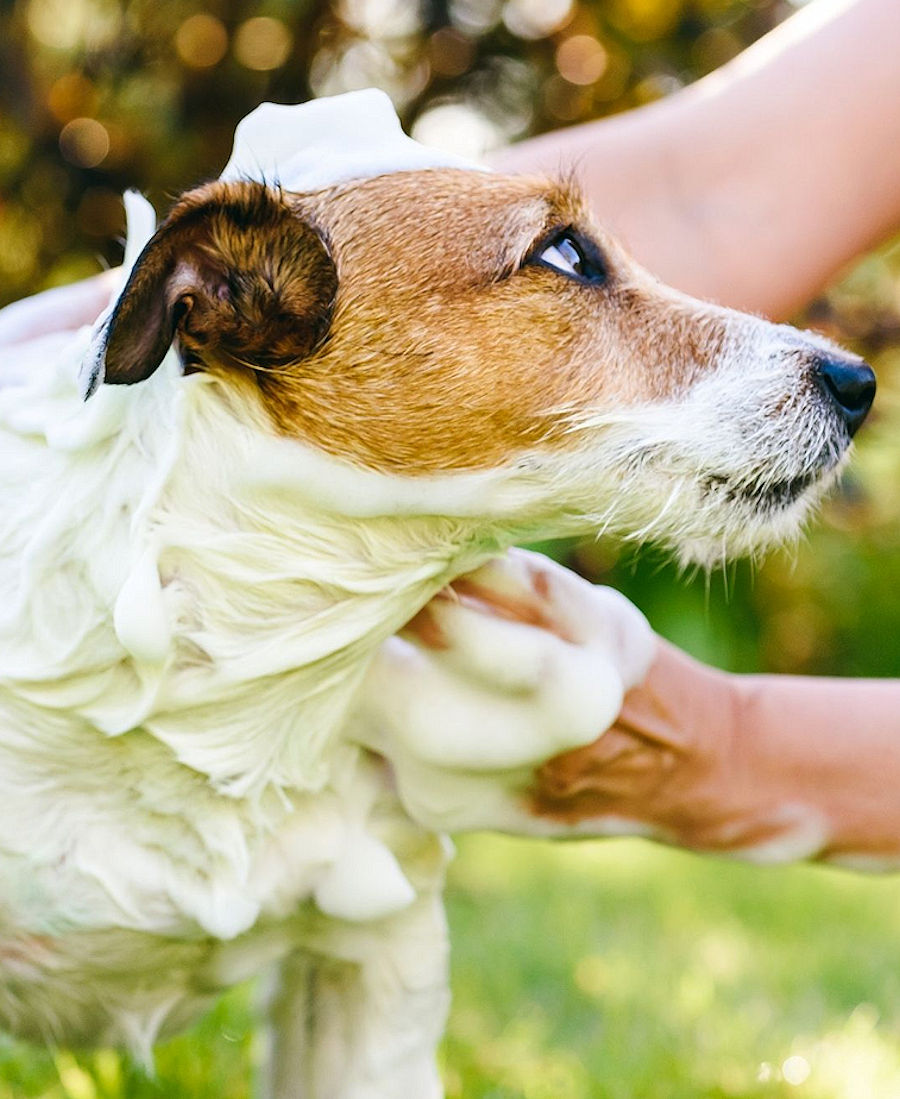 Now more research was required using the specialized ingredients that worked well on the plants. We began with several local dogs including our own and kept them fenced in on 4 acres of property. Before testing began, the area was overrun by fleas. Each week we would apply the formula as a flea shampoo, washing and rinsing the animals in public view. After a few weeks, the dogs were totally clean, as was the previously infested property. Newly hatched fleas on the ground migrated to the dogs where they were later treated and rinse away, until there were no further fleas to migrate. The life cycle of the flea was broken within 4 weeks of 4 separate shampoo treatments. Fur grew back thick and shiny as the product did not dry the fur or irritate skin-it only removed the insects.

Someone was watching and one thing always leads to another — Schooltime®.

While using our formula to bathe the local animals and stray dogs in the area , we were approached by the principal of a local elementary school. He inquired if we might have something that could help treat the head lice infestation which was prevalent in his school. This was a condition rampant throughout Brazil, especially in the elementary schools and of course in families that had young children that brought the lice home from schools and other events. 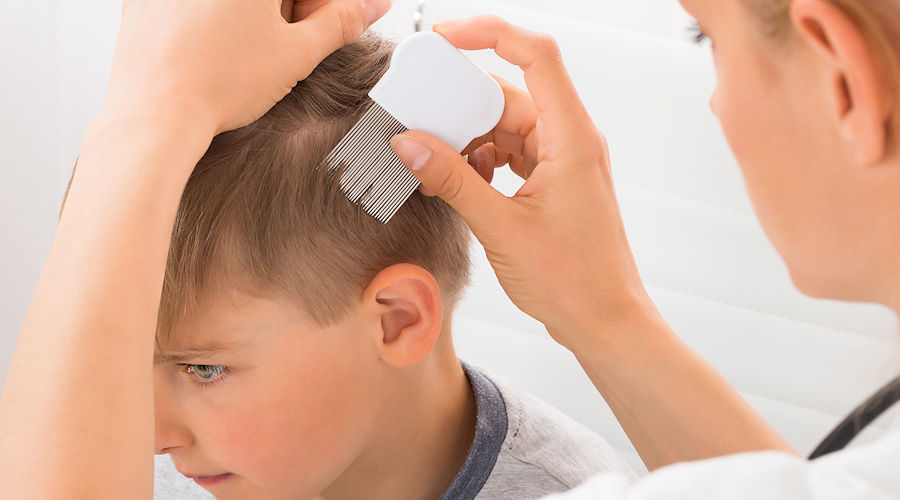 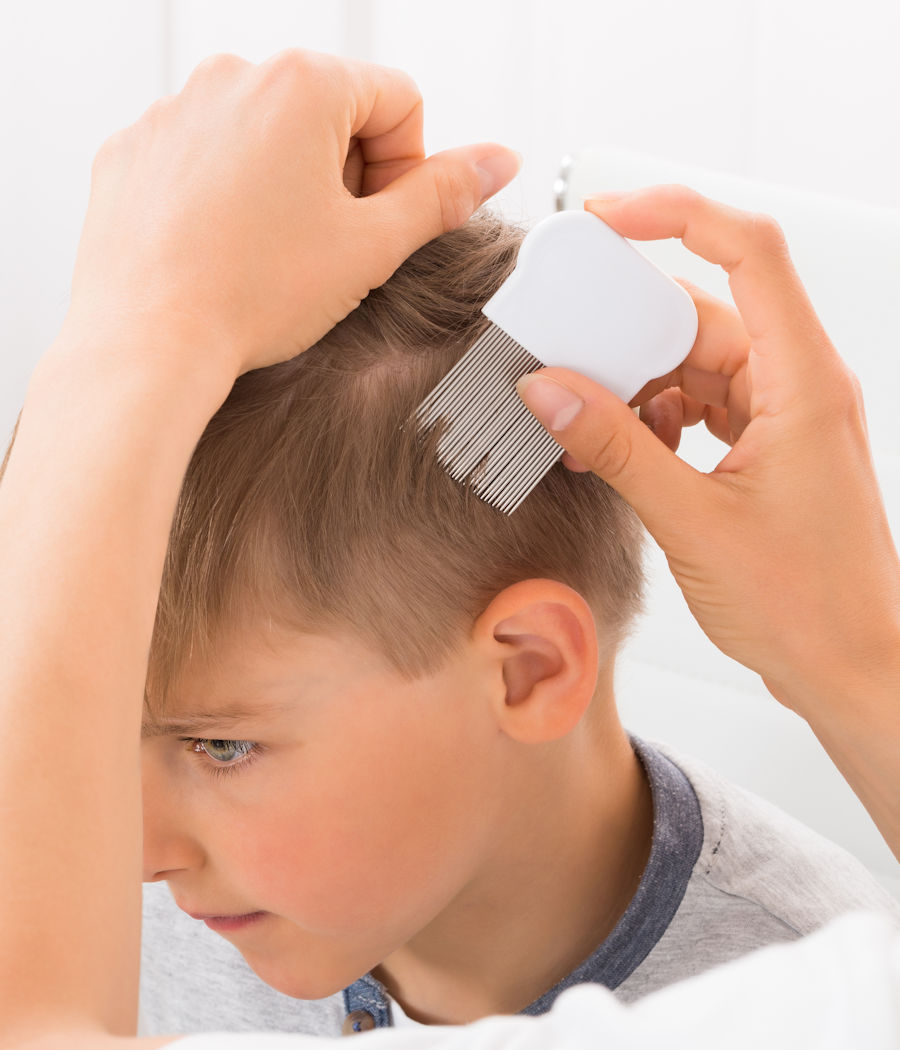 Time to Try Out on Kids

We were soon testing our formulation on some of the young children affected with head lice. We first collected lice to test in vitro (outside the living body and in an artificial environment) and found that our formula instantly immobilized them with an outright “knock down effect” (making them immobile immediately). The ‘immobility’ is very important as it means poison is not necessary; we don’t have to poison the lice to eliminate lice- an important factor toward our purpose of creating a non-toxic product. Testing showed that the lice became immobile before they had a chance to ‘run’ from it. It isn’t the fact that they cannot move that is so important, but that the immobility keeps them from holding onto the hair. They simply and easily rinsed down the drain. If the lice weren’t killed outright, the final rinse finished the job.

Our testing continued on the children by first examining to see if they had head lice and then applying our product as a shampoo leaving it on for various timeframes to see how long it would take to have the best effect. The formula worked very well, not only in clearing the head of lice, but also in leaving the hair elegant, shiny, and renewed. We found that the scalp healed quickly from the scratches caused due to the itching scalp from secretions left under the skin while the lice fed on a ‘bloodmeal’. The lice literally fell out of the hair and onto the ground during final rinse.

As word spread of our success with the local school, more and more schoolmasters came from different villages for some ‘product’. We visited one school where a child was so badly infested with lice she could hardly function. When she leaned over a white towel so that we could make a lice collection there was such an abundance of lice that they simply fell out of her hair by the hundreds. We applied our formulation, and the results were remarkable.

Time for Clinical Testing and Patents

It was time for one of us to bring the formulation back to the United States, apply for a patent on it, and do the testing that would be necessary to show how well it worked clinically so that it could be licensed and prepared for sale. I was the one selected to do this, first seeking patent protection worldwide. The result was over 20 patents granted worldwide and the trademarking of our formulation under the name Schooltime®. This name seemed appropriate as we had discovered the most about our product formulation from our experience working with children in the schools.

Clinical trials were first performed in South Africa at the South African Bureau of Standards Laboratory where we showed very good results. Later a renowned specialist in the field of head lice testing who was working at that time at the University of Miami took an interest in testing our formulation and to see how well it worked. She ran some clinical tests which included several in-vitro trials done in the Miami area where there were high infestations of head lice. Testing was also done in Panama which had a very high prevalence of head lice. 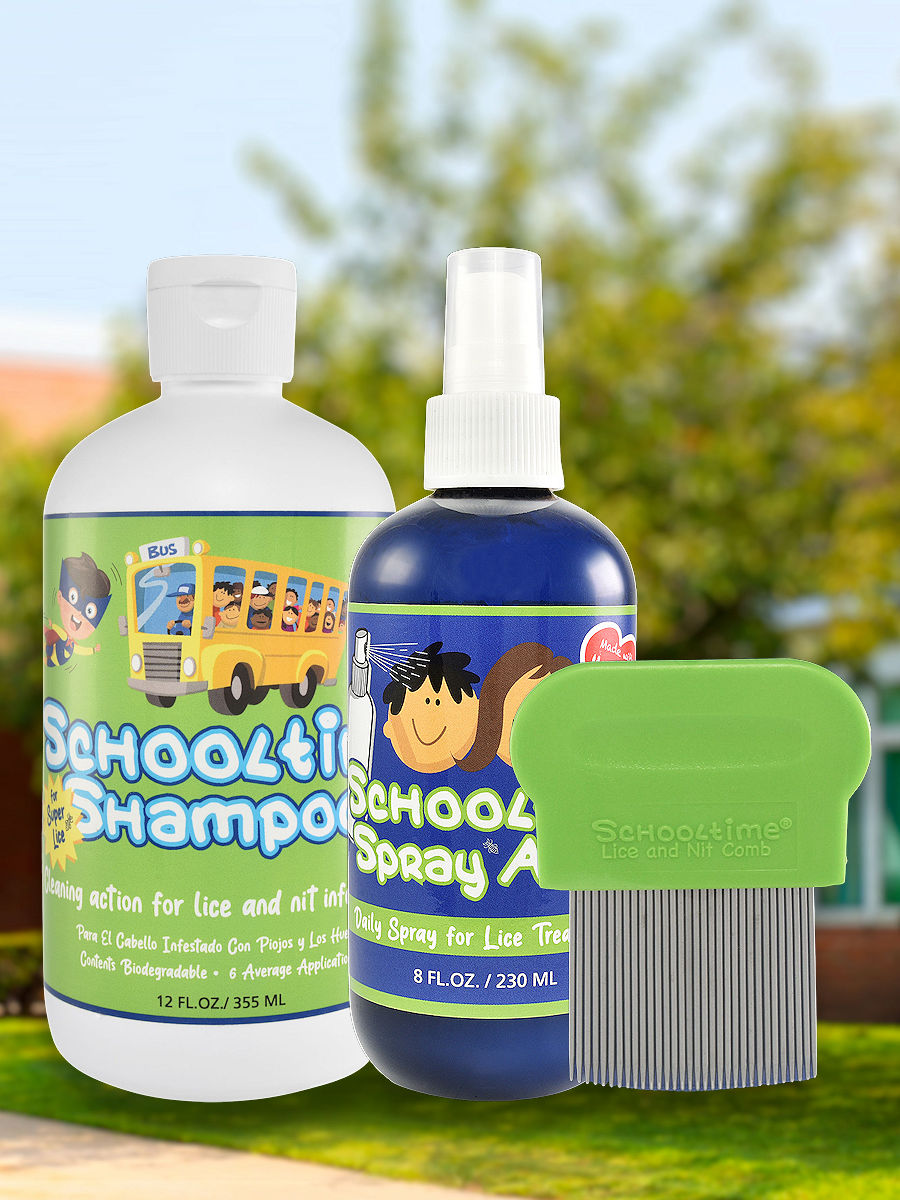 Head lice in the mid-1990s was growing in epidemic proportions worldwide. A country having one of the highest rates of infestation was the United Kingdom. In the US, high prevalence was demonstrated in Florida.

In early 2000 we became aware of a research specialist at the University of Bristol, UK who performed studies of various pesticide formulations used against head lice at that time and reported the formulations were losing their effectiveness as the lice were growing resistant to the active pesticide ingredients. He wrote articles about loss of effectiveness from Permethrin or pyrethrins pesticides. He also did some testing to show combing alone was not 100% effective without a liquid agent designed to eliminate lice used in conjunction with it.

From the early tests, we found our Schooltime® product sufficiently removed all the lice. It not only cleared the children of head lice, but also that a residue of the product remaining on the head helped them remain clear of lice – and combing became much easier. We have test results (and a photo) showing that the product softened and dissolved the glue that holds nits on to the hair shaft. It was also amazing to see how the eggs and lice would fall out when the hair was rinsed of the shampoo after a 20-minute application on dry hair. If they didn’t simply fall out, they combed out extremely easily.

In 2000, a sample of our shampoo was sent to the research specialist in the UK who did not believe that it would work. His assistant immediately collected some head lice and tested the product and delightfully came with a cup filled with lice that never recouped and showed them to the head of the department.

This research specialist took a tremendous interest in our technology and requested samples of the formula that we used for insects on animals, as well as for headlice. For five years he tested multiple uses for the product components, discovering that some components worked against certain bacteria, internal parasites and had tremendous healing properties, a very important development. As a result of the new uses found for the original product, we separated those that had special applications and formed a new company to proceed with research against resistant bacteria.

The original animal formulations and the lice formulation tested in the UK had results matching those that we had obtained from the Brazil and Miami studies. This was the beginning of our being introduced to large companies in both Europe and the UK having interest in using our headlice formula in their childrens’ lines of products. For the past 15 years Since that time, we have continued serving those markets successfully. 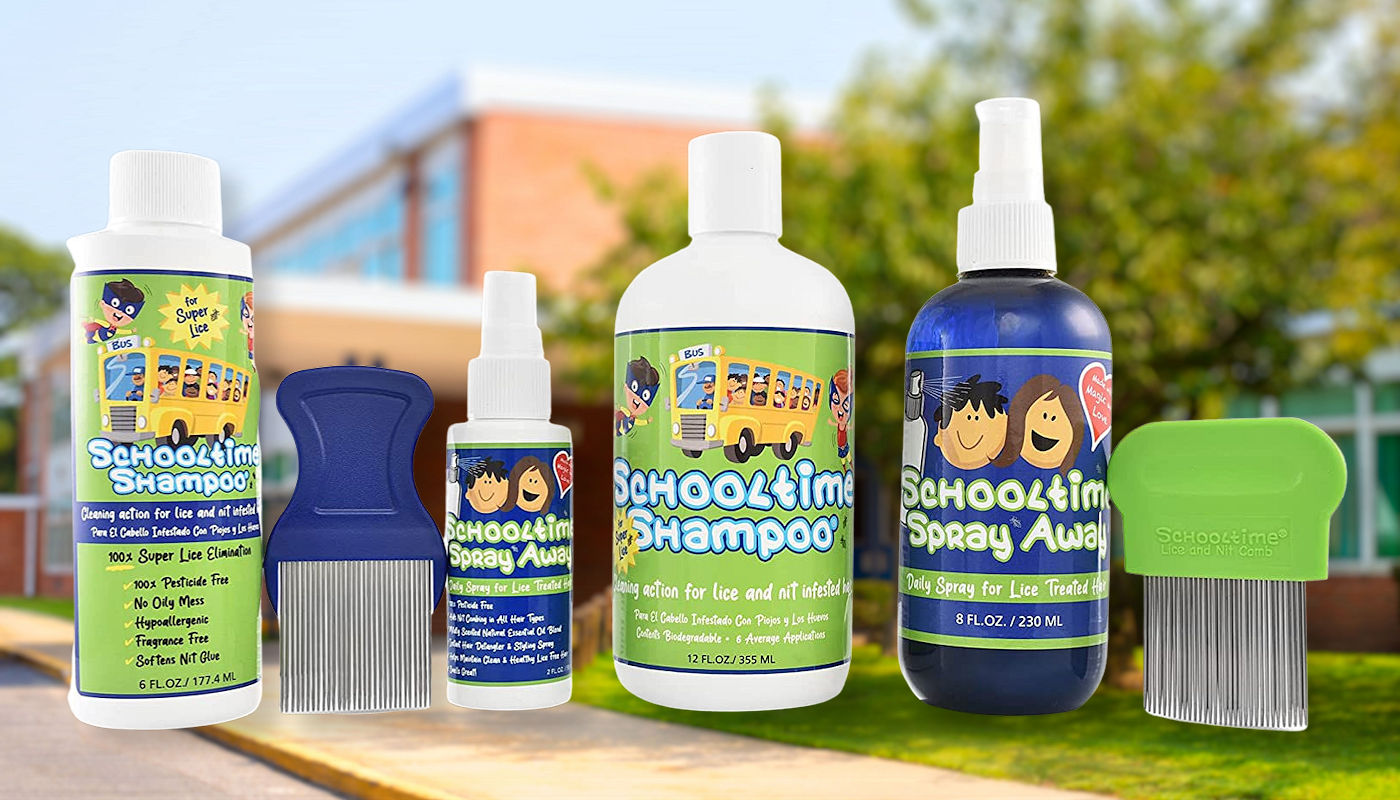 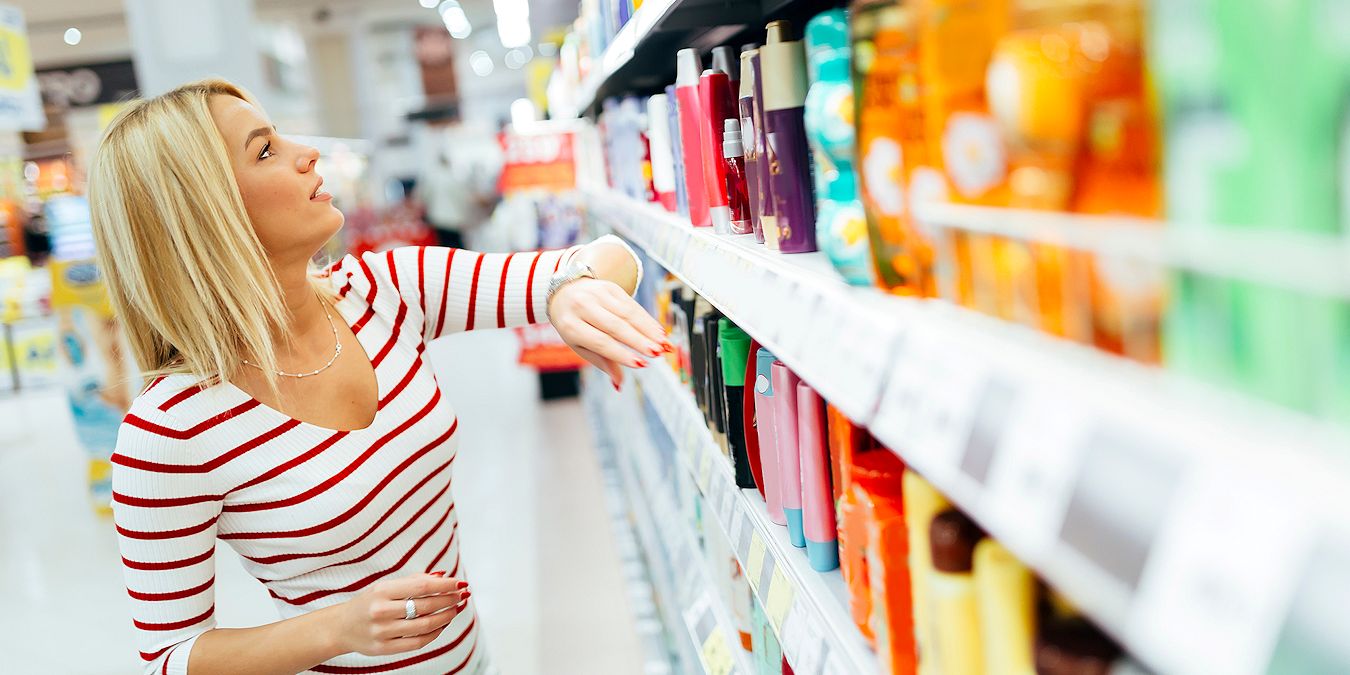 Do you know the “Essential Requirements” of Head Lice Products 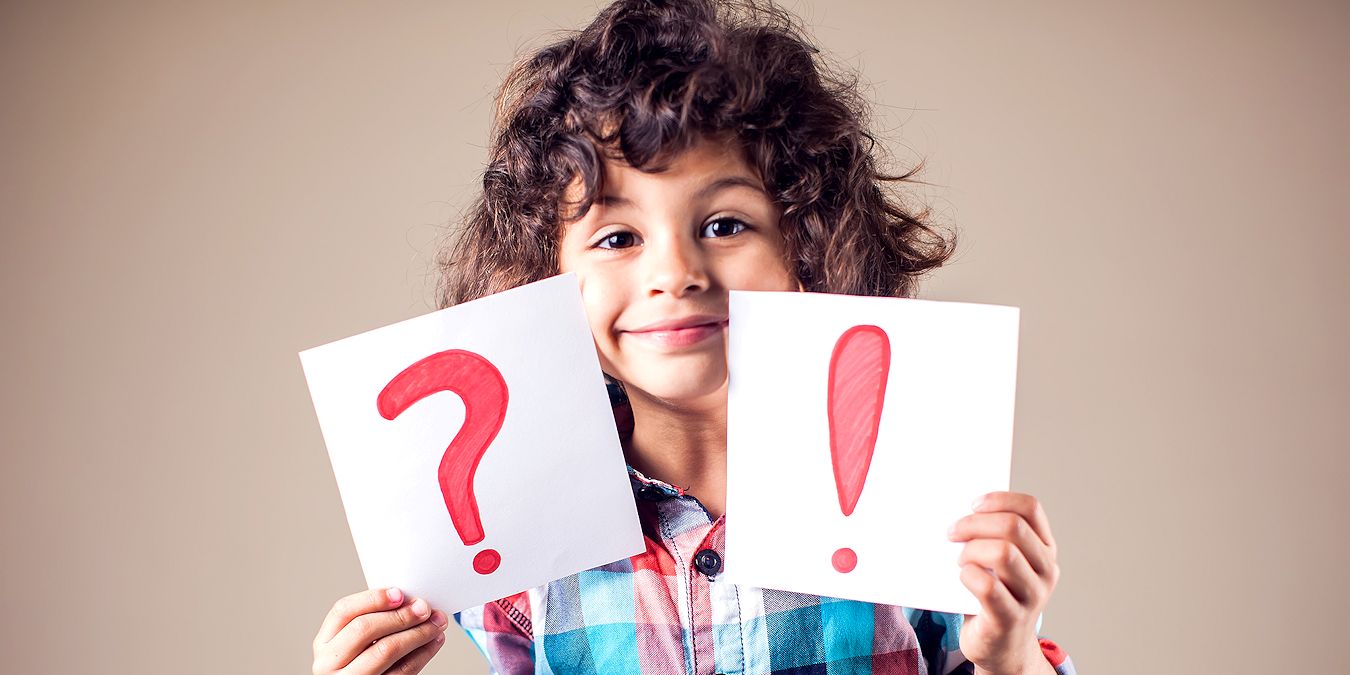 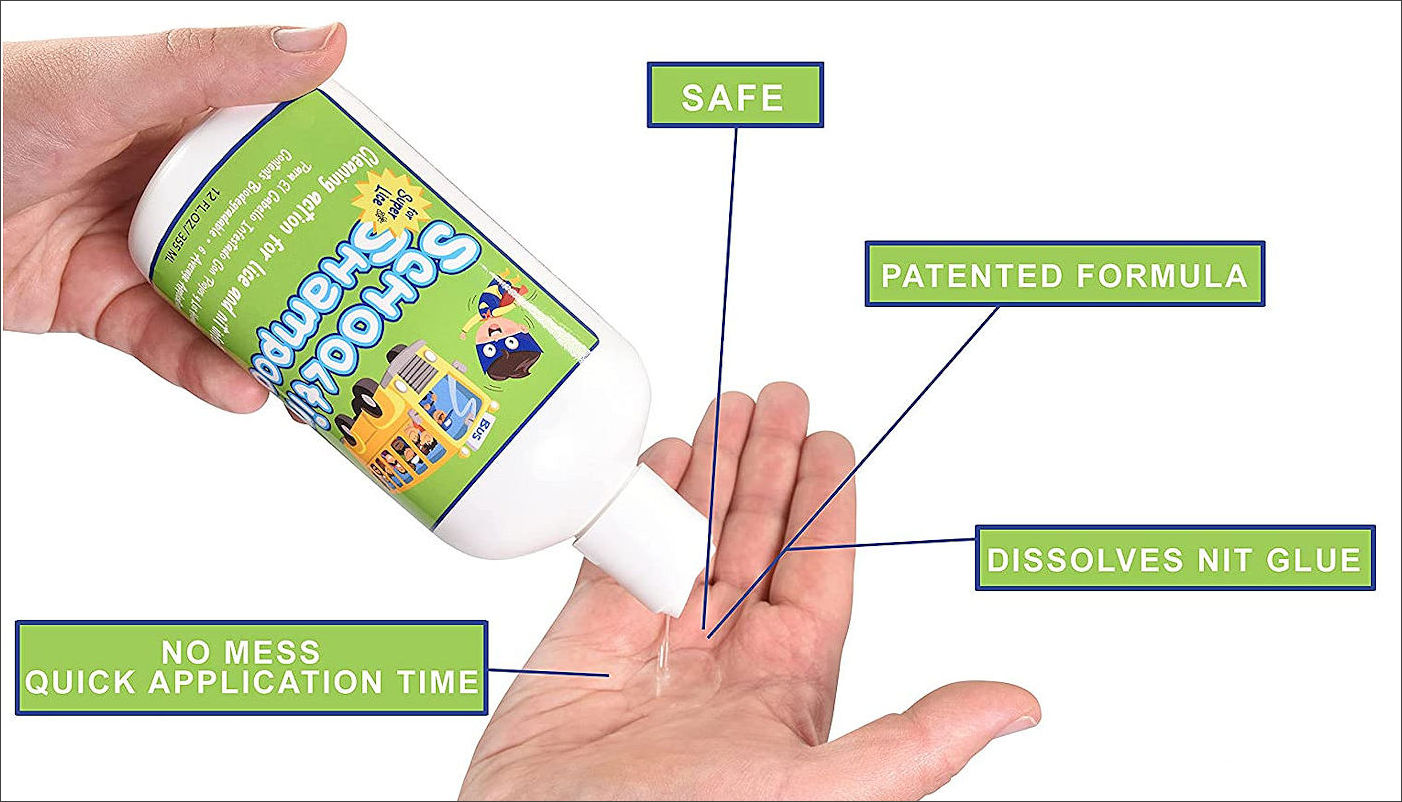 Schooltime® Products Directions for Use

Complete, easy to follow directions for our shampoo, after-shampoo spray styling and detangler, and our ergonomic lice comb. 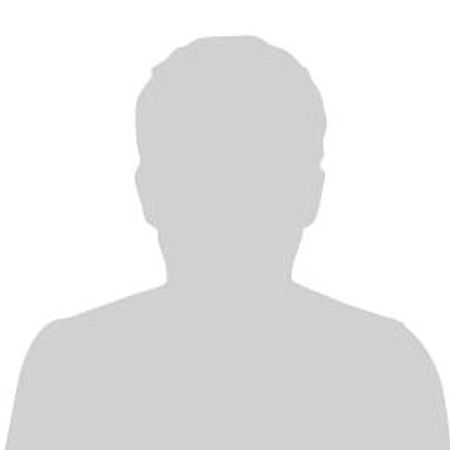 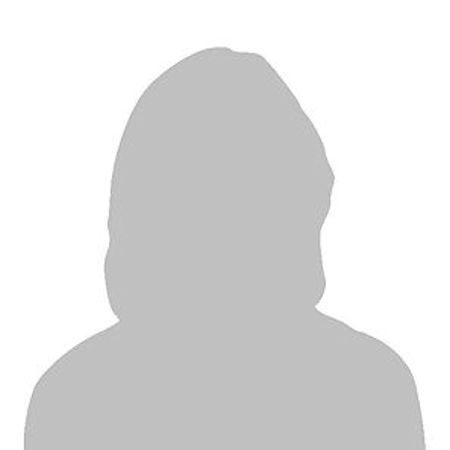 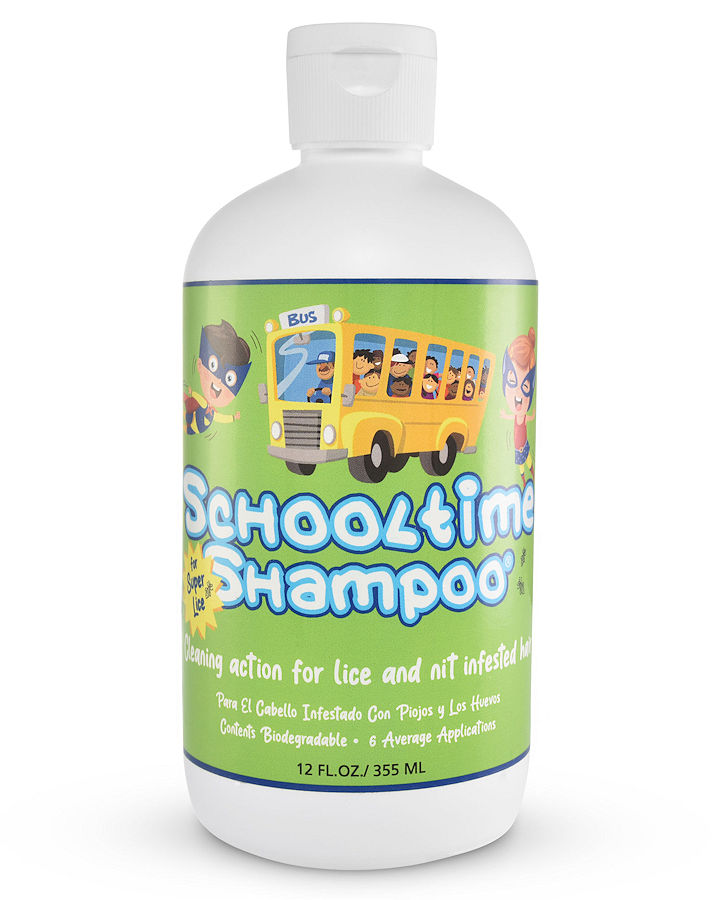 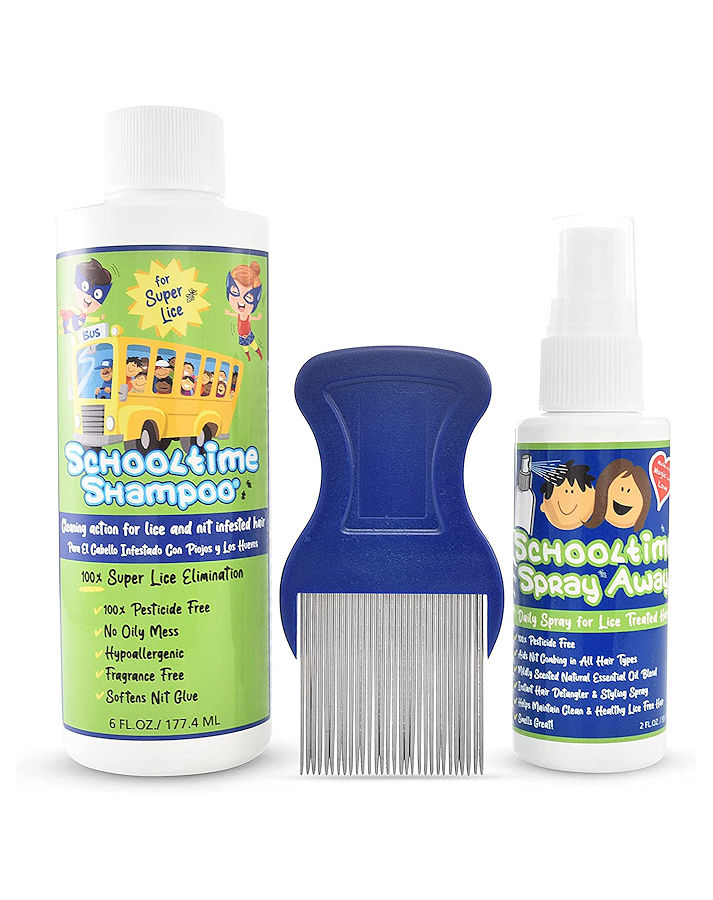 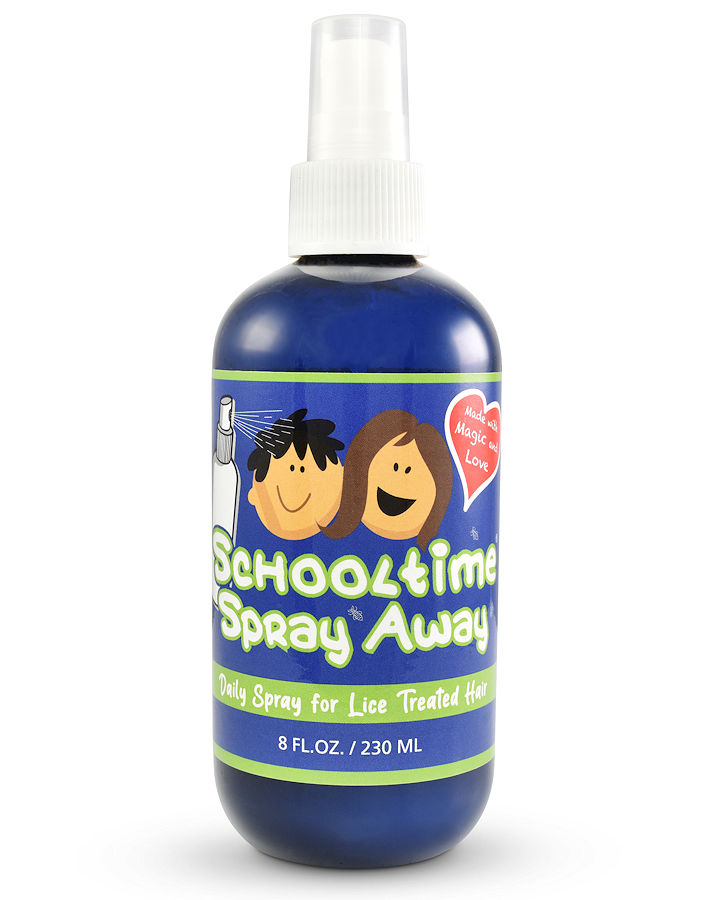 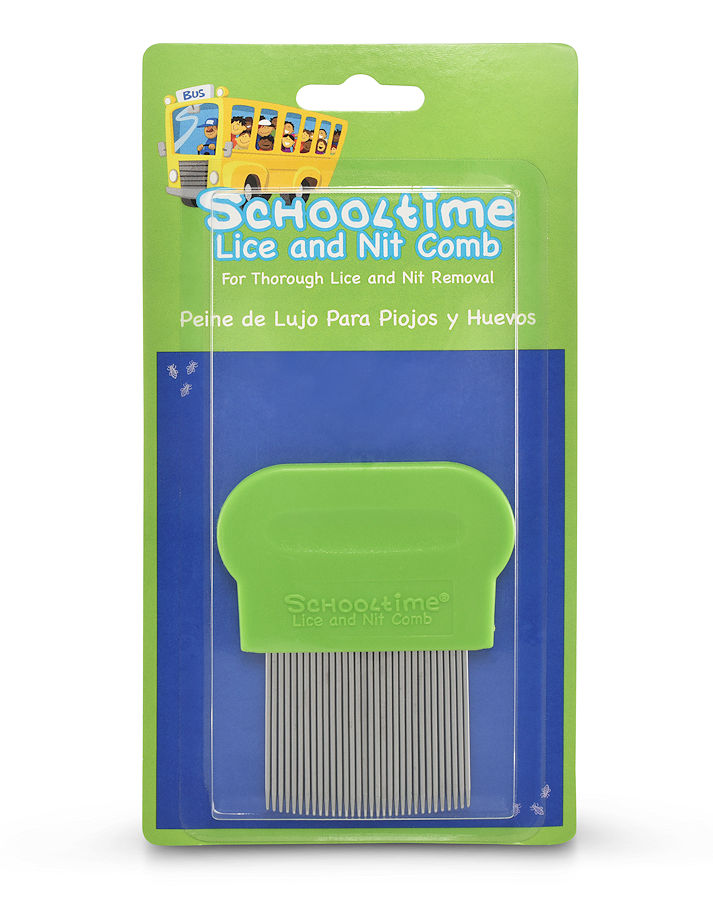